Is Static Typing the Root of All Evil?

Anders Janmyr has written recently an interesting article why he hates static typing:

We should forget about small efficiencies, say about 97% of the time: pre-mature optimization is the root of all evil

Since compilation is premature optimization, it is therefore, the root of all evil. Simple!

He mentioned: "Every time I build my code, my entire code base is type-checked (…) I only care about the method and class that I am currently working on" – yeah, local code change may introduce errors in unexpected parts of a system. I would even use FindBugs if it will improve code quality and slow down total build time. Why? Because I think it's better to allow compiler/lint-tool to control correctness during development process to find most errors as early as possible.

Janmyr assumes the only application of static typing for release preparation (production mode) is better software optimisation. Compiled languages are more efficient than interpreted because many type checks was performed during compile time time and they can be removed from run-time.

I do believe dynamically-typed languages are faster for rapid development (I do love Python, BTW), but there's a hidden cost here. In order to make your code maintainable you have to prepare sufficient level of unit test coverage (I'm using 80% as minumul level for projects in dynamic languages). That's why i'm introducing some kind of static typing by:

I do agree, however, that modern languages are loosing static type-safety by moving configuration outside Java code (XML files, properties, Json) and coding logic in external dynamic sub-languages (JSP). Java gets more type safety from 1.5+ language contructs but most frameworks go in opposite direction.

Isn't Dynamic Typing the Root of All Evil then? 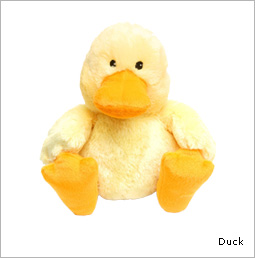 This entry was posted in en and tagged java. Bookmark the permalink.

One Response to Is Static Typing the Root of All Evil?